Home > What to See and Do > Igreja de Santa Maria 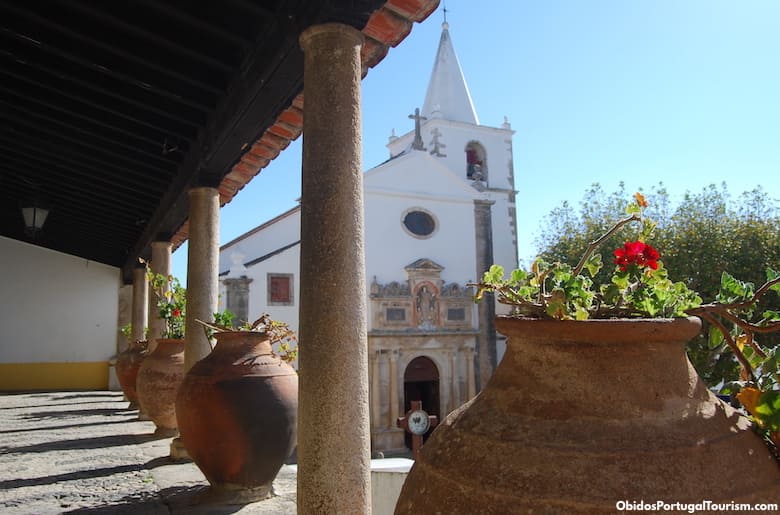 Obidos’ main church was originally a Visigothic temple, then became a mosque, and in the 1100s was once again turned into a church. What you see today dates mostly from the 1600s, as it was severely damaged in an earthquake in 1535. 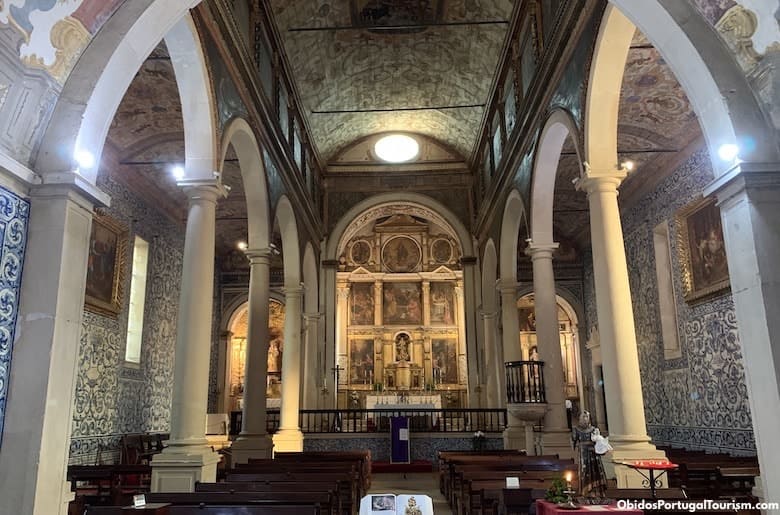 The interior of the church

The painted wooden ceiling is from 1676, and the blue and yellow tiles that cover the walls date from between 1680 and 1690. Inside, you can also see a fine baroque retable, a painting from 1661 by the great Josefa de Óbidos depicting St. Catherine’s “Martyrdom and Life,” an image of the Virgin that was once on the Gate of Our Lady of Grace, and, to the left of the main altar, a masterpiece from the Portuguese Renaissance period, the tomb of João de Noronha, a local nobleman. It dates from 1525, was completely carved from stone, and is protected as a National Monument. Finally, in the choir is a pipe organ from the 17th century. 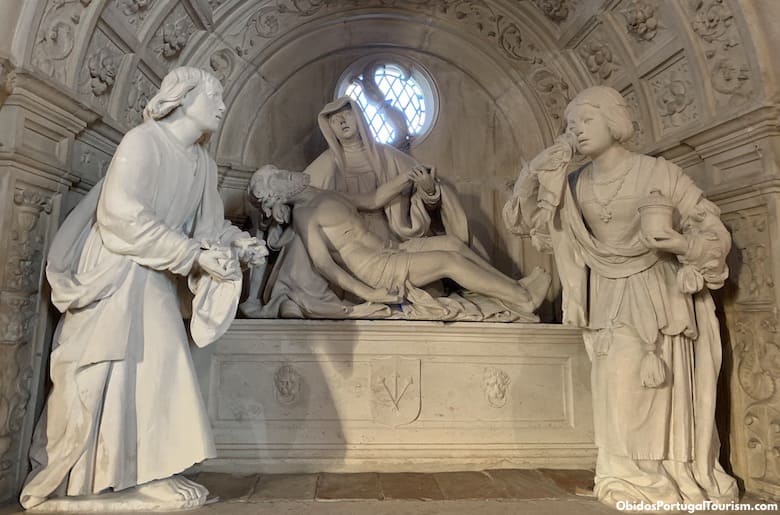 The tomb of nobleman João de Noronha, considered a masterpiece of the Renaissance in Portugal

Outside on the Mannerist portico you see an image of Our Lady of the Assumption, and across from it stands a landmark pillory.
The church was the setting of a major event in the nation’s history -- the wedding of 10-year-old King Afonso and his 8-year-old bride Queen Isabel, in 1411. Today, you may stumble upon a wedding ceremony on weekends.