Home > What to See and Do > Dino Parque Lourinhã 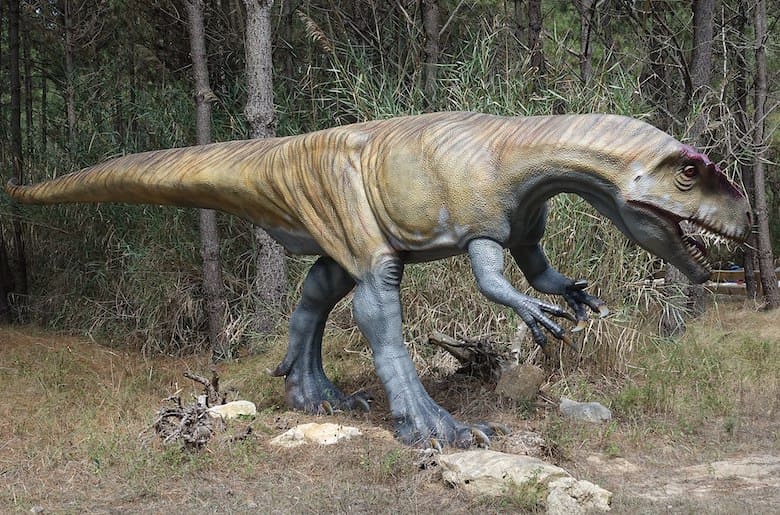 In addition to an impressive collection of dinosaur fossils in the museum, the park is dotted with life-sized models of the extinct creatures (photo: José Gonçalves)

Less than a half hour from Óbidos and about one hour from Lisbon, Lourinhã is a town close to the Atlantic coast that’s known for its beaches (Praia da Areia Branca and Praia do Areal), and especially for being a real “Jurassic Park” -- a large number of fossilised dinosaur bones, eggs, embryos and footprints have been found all over the region.
If you’re interested in the beaches, know that both have strong waves that attract water sports enthusiasts -- Praia da Areia Branca is good for bodyboarding, while Praia do Areal is known for its national surfing events. If you’re curious about the dinosaurs, you can see many of the findings at a museum. It includes an extraordinary nest found in 1997, containing eggs with embryos inside, and there are also reconstructed dinosaur skeletons.

The museum is part of “Dino Park,” inaugurated in February of 2018. Located about 5 minutes outside the center of Lourinhã, in Abelheira, it’s Portugal’s largest open-air museum, and one of Europe’s largest dinosaur-themed parks. Its 10 hectares (25 acres) are a “real” Jurassic experience, showing 120 life-sized models of dinosaurs, plus the fossils in the museum, taking visitors millions of years back in time.

How to Get to Dino Parque Lourinhã


1. Plan what to see and do.
2. Decide where to stay.
3. See your transportation options.