Home > What to See and Do > Igreja de Santiago 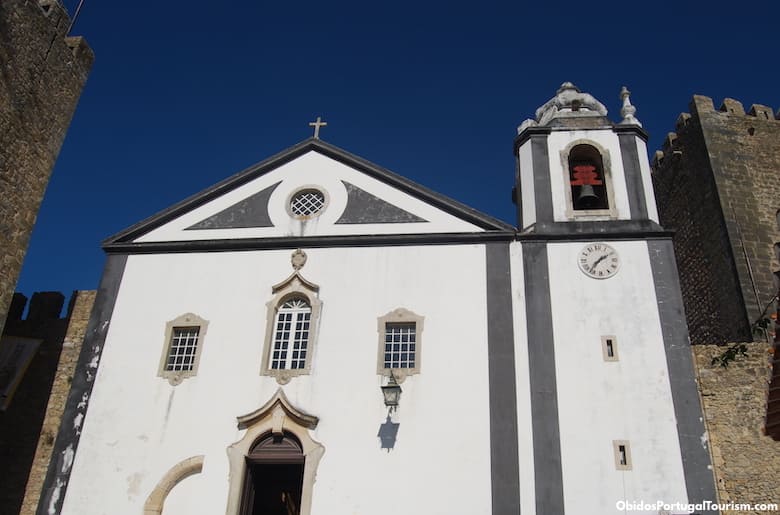 The church of St. James is one of Obidos’ most unusual sights. Commissioned by King Sancho I in 1186, it’s now a bookstore. Formerly gothic, it led directly inside the castle, and was used by the royal family when it stayed in Óbidos. 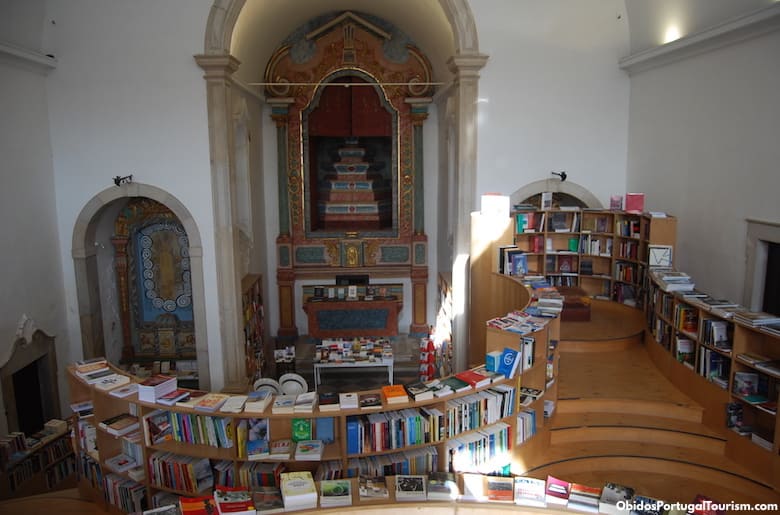 Part of the interior of the old church has been maintained

Pilgrims on their way to Santiago de Compostela usually stopped at this church, before it was completely destroyed in an earthquake in 1755. It was rebuilt in 1772, with its façade now facing the main street (Rua Direita) instead. Its 16th-century retable representing St. James is now on display in the Municipal Museum, and little of the original church decoration remains inside. Books (most in Portuguese, but also in English and other languages) now surround the altar and fill the interior, on a wooden structure. 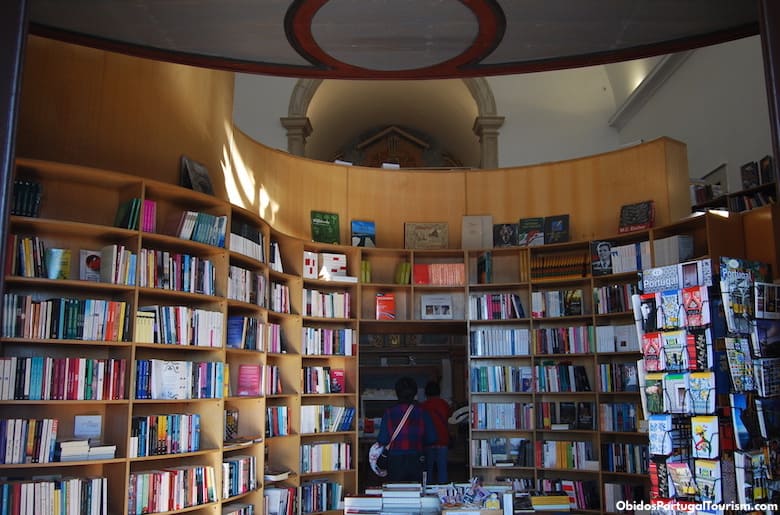 Most of the books are in Portuguese, but there are also English-language editions, especially translations of Portuguese authors and tourist guides.