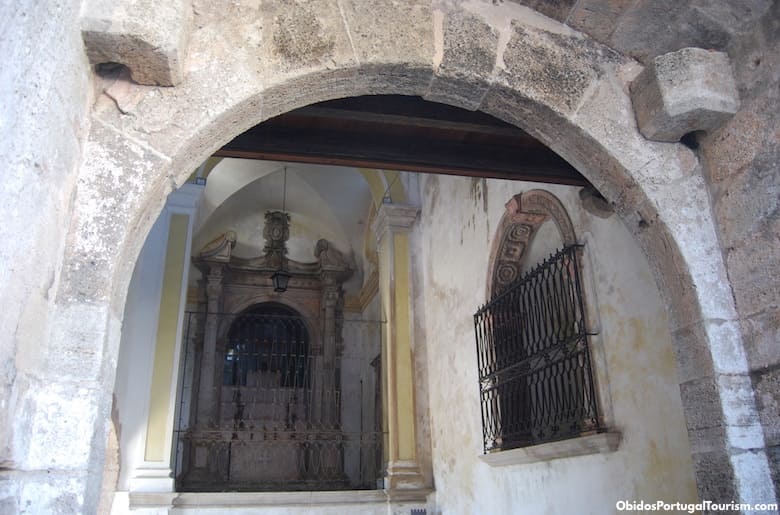 If you go up the steps immediately to the left of Porta da Vila and continue walking to the left, over the town walls, you eventually see Obidos' second main gate. Dating from the 12th and 13th centuries, it was the access door to those arriving from the eastern side of town. It was called Porta do Vale (“Gate of the Valley”), but eventually became known as Porta de Nossa Senhora da Graça (“Gate of Our Lady of Grace”), due to a new oratory carved in the stone inside it, in 1722. It’s said to be related to a tragic love story, of a damsel who died of a broken heart over a young poet, her neighbor. Before that, in the 1400s, the gate displayed a “Virgin and Child” sculpture that’s now in the town’s St. Mary’s Church. 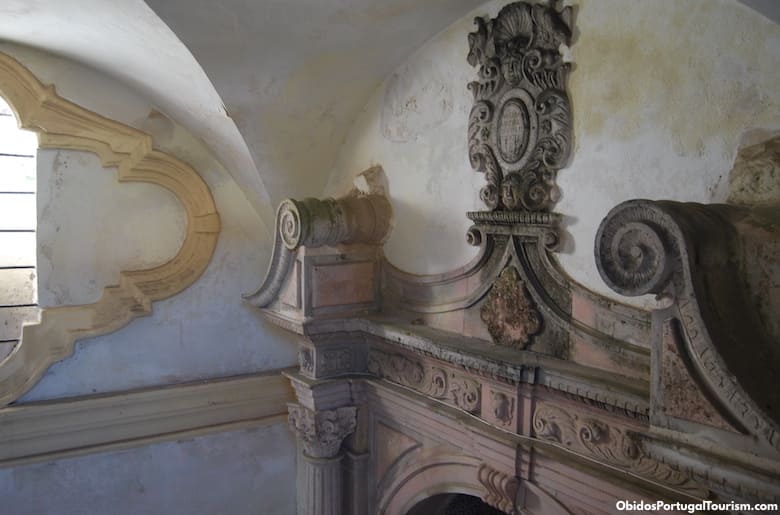 The gate is also an oratory

In addition to being a gateway to the walled town, this tower and gate was therefore also a place of worship for several centuries, and is part of Obidos’ classification as a national monument since 1951.