Home > What to See and Do > Old Synagogue 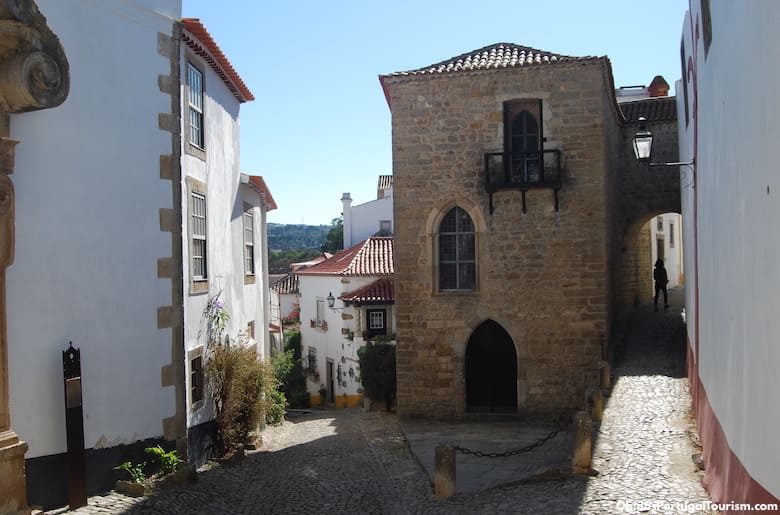 The former synagogue is one of Óbidos' most attractive buildings

It’s not open to the public but it’s a much-photographed building -- the former synagogue standing next to the Church of Mercy. It was built between the 14th and 15th centuries, and was not officially recognized as a synagogue, but rather as a place for Jews to meet and “pray in Hebrew.” It stood in the middle of Obidos’ Jewish Quarter, known to be home to Jewish merchants, scientists and artists. Jews were expelled from Portugal in 1496, in order for the king to keep a good relationship with the neighboring kingdom of Spain, which had done the same some years before.
Portuguese Jews went on to establish the first synagogue in New York and one of the most important in Amsterdam.

This former “synagogue” in Óbidos, with its gothic doors and windows, survives as one of the town’s most attractive buildings, and to see its interior you need to stay at the connected guesthouse, the Torre de Maneys.